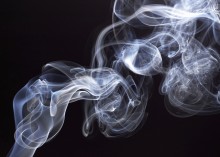 A new study finds it is unlikely that a person exposed to secondhand marijuana smoke will test positive for marijuana themselves. While it is possible that extreme marijuana smoke exposure could produce a positive urine test, this occurrence is likely to be rare and limited to the hours immediately after exposure, according to researchers from Johns Hopkins University.

Six experienced marijuana users smoked marijuana with different concentrations of THC, the drug’s psychoactive ingredient, in a sealed chamber. Six non-smokers were seated next to the smokers. In two sessions, the participants were in a room with no ventilation, while in the third session they were in a ventilated room. The non-smokers’ urine was tested 13 times over the next 34 hours. Urine levels of THC surpassed typically detectable levels in only one participant, four to six hours after exposure. When the researchers used a more sensitive test, which is usually not used in workplace drug testing, they could detect lower THC levels, but only for 24 hours.

Non-smokers in the ventilated room did not come close to meeting the threshold for a positive drug test, Newsweek reports.

The findings are published in the Journal of Analytical Toxicology.